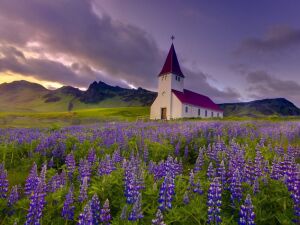 JAMIN EVERETT JONES was born in Austin, Texas to Yvetta Jenkins and Clyde Reed on August 8, 1985, and was raised under the watchful eye of Ora Lee Jones and Cynthia Ricks. He attended Sims Elementary, Lamar Middle School, and graduated from Reagan High School (Northeast Early College High) in 2003. He received Christ at an early age and was an active member of Simpson United Methodist Church. While at Simpson, Jamin was a member of the Children, Youth, Adult Choirs, and Men's Chorus; the Junior Usher Board, the Church Band, The United Methodist Men; and, a Board of Trustee member.

Jamin was a loving father to his daughter Jasmin, and was the proud grandfather of Xay’Vion. While in college, Jamin fell in love with a beautiful young lady by the name of Cameosha Hadnot and asked her for her hand-in-marriage, and they spent 18 wonderful years of love together living in Kerrville, Austin, Pflugerville, and Lockhart. Some of their cherished memories include: vacationing in Las Vegas annually, playing bingo, and doing restaurant tours. Jamin loved being in the kitchen and prided himself of being the pitmaster for Touch of Smoke, a BBQ service that he started with his fellow co-workers. No one could match Jamin’s skills on the pit and he would often test his smoking skills at any BBQ contest he could enter. In addition, he would smoke turkeys during the holidays, BBQ for the Williams’ Family Reunion, and perform small caterings here and there.

Jamin was a long-time employee for the University of Texas; he served in the role of  Assistant Director for Jester (JCL) and developed life-long friendships. He often spent time with his work family outside of work. In his free time, Jamin enjoyed playing basketball; watching the Dallas Cowboys and Lebron James; and, talking about sports with his boys and family. Where he was most at peace would be out on the lake fishing with his late grandfather, Terry, Reggie, Shelia or Chris; or, out in the woods hunting deer and wild boar with Pilo. Jamin was a very competitive person, and never shied away from a friendly competition.

Jamin had a special relationship with his in-laws. He was treated and referred to as a son, brother, nephew, and grandson; never as an in-law. He especially had a strong bond with Carolyn and Terry Williams, Crystala Hadnot, Jonathan Hadnot, Sr., Lovie Levels, David Daily, Jr., Ramonica and Cleo Williams, Jr., Tiffany Williams, and many more. All whom shared many memories with him, and will cherish his memory.

Jamin would give the shirt off his back to a stranger in need, and his passing has left a lasting void in the Daily, Hadnot, Jones, Levels, and Williams families.

May God bless and strengthen us to endure.

Services will be Live-Streamed

To send flowers to the family or plant a tree in memory of Jamin Everett Jones, please visit our floral store.

A Memorial Tree was planted for Jamin

Video is available for this event