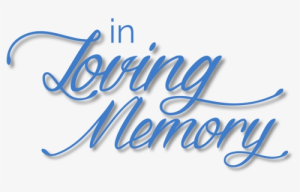 Hazel Loretta Shaw was born Hazel Loretta Joseph on the 5th of May 1940 in the city of Gamboa, Panama. She was the 10th child out of 12 born to George and Lucille Joseph who have preceded her in death.

She is also preceded in death by her brothers: Richard Joseph, Harold Joseph, Llewellyn Joseph, Robert Joseph, Kenneth Joseph, Edmond Joseph as well as her sisters Dorothy Brooks and Olga Joseph. She is survived by her brother Frank Joseph and her sisters Claudette Joseph and Gloria Joseph.

Hazel went to St. Vincent Catholic School where she could be found beating all the kids in a game of marbles. A very curious and competitive child who would become extremely active in sports like basketball, volleyball & fast pitch softball.

She soon transformed from a young tom boy into an elegant lovely yet still competitive young lady.  After graduating from high school, she met and fell in love with Airman Joe D. Henry (now deceased) who was stationed in Panama at the time.

On February 28, 1959, the two would marry and go on to raise three girls (Lorranda Slaughter (deceased), Gloria Henry-Manor-survived by, Veronica Nellum-survived by) in the United States as they traveled from base to base.

Hazel Loretta loved being a wife and she truly adored her girls. She was an exceptional cook always bringing her culture to every meal. Her smile was like sunshine as she woke up her girls in the morning playing maracas to salsa music. There was never a dull moment when Hazel Loretta was around. Her laughter could be heard throughout the house.

She would eventually take up the sport of tennis with the other military wives. She would go on to win many awards and trophies showing the acceleration of her tennis skills. Even with her husband deployed to remote locations, she could be seen playing tennis on the courts while her girls sat close by.

In 1975, Tsgt Joe Henry would retire from the Air Force and move the family back to his hometown Austin, Texas. Unfortunately, their marriage would become riddled with many

struggles as time went on. They mutually decided to end their 18 years of marriage amicably. But Hazel Loretta was no quitter.

It wasn’t long after that time that Hazel would find her way back to the local tennis association where she would become an even bigger force to be reckoned with. She began rebuilding her life as a single parent to continue raising her girls with the co-parenting help of Joe Henry.

She would go on to work for the State of Texas where she retired after 20 years of service. She was a God-fearing woman who served the Lord at Victory Christian Center. While serving God, she met & married Irving Shaw on December 21, 1982. The two would go on to enjoy a life filled with joy and laughter until, tragically, Irving  lost his battle with Lupus.

Hazel was known by her family as one to enjoy a good celebration. No matter how old  you were, she would always gather the family to have birthday cake, ice cream and definitely, a game of dominoes.

She loved the holidays and never missed the chance to decorate and create lasting memories.   She was full of laughter and words of wisdom. A born fighter! A champion of life!

In 2018, she would be diagnosed with Lewy Body Dementia that eventually caused her to have to move in with her daughter Gloria and son in law David Manor to be cared for.

Even in those trying times, she could be heard from her room sitting in what is now known as her Coach’s Chair coaching and cheering on her favorite tennis players. So much so, that she was deemed Coach Hazel by her daughter and son in law.

She will be truly missed but never forgotten. Always will be a force to be reckoned with. Her words of wisdom will continue to permeate our spirit. “Pick up the pieces and keep it moving” she’d say. What an amazing example of joy, discipline, endurance and tenacity!

Until we meet again, this is not goodbye but we’ll see you later!

To send flowers to the family or plant a tree in memory of Hazel Loretta Shaw, please visit our floral store.

A Memorial Tree was planted for Hazel