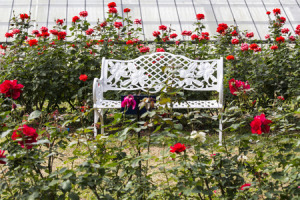 “I have fought a good fight, I have finished my course, I have kept the faith”

Death leaves a heartache no one can heal; love leaves a memory no one can steal. After a long year of battling breast cancer and other ailments, on Friday, October 1, 2021, surrounded by her five children, husband, and friends, the Master plucked from His garden our beloved wife, mother, grandmother, sister, aunt, Beatrice Harper from labor to reward.

Beatrice’s life journey began October 21, 1964 when her parents, Roy Lee and Lettie B. Williams Harper welcomed a beautiful baby girl into this world. Beatrice is the third daughter and second to the youngest of four siblings. She is preceded in death by both parents and brother Ronald Sauls. Beatrice was born in Austin, Texas and spent much of her early years in Bastrop, Texas with her siblings and other family members. A delightful child with a carefree spirit that she carried with her throughout her lifetime.

Beatrice began her early educational experience at the Haywood Elementary School in Bastrop and continued at Del Valle High School, Del Valle, Texas where she graduated in 1983. Graduation was one of her many lifetime achievements.

She began her employment with the Internal Revenue Service and was recognized for her many contributions to the Department of Treasury during her time at the IRS. Beatrice went on to earn her certification in Billing and coding at the Everest Institute. She is known for her cooking and baking skills. She loved perfecting her craftsmanship of baking which she developed into a baking business and catered to her many clientele.

Beatrice grew up in the True Light Baptist Church where was baptized by her uncle and Pastor, the Rev. J. R. Williams. She participated in the Church Sunday School, where she played the piano, Youth Department and other ministries of the Church. Her membership remained at True Light until her death.

September 10, 1999, Beatrice was united in holy matrimony to Garth Anthony Spencer. They would together raise five children. She loved her family and was a dedicated and effortlessly adored mother.  When she was not working or spending quality time with her family, she enjoyed getting her hair and nails done. Being able to see all her grandchildren born and growing up were some of her happiest moments.

To send flowers to the family or plant a tree in memory of Beatrice Harper, please visit our floral store.

A Memorial Tree was planted for Beatrice